QUEER FILM REVIEW 1#: Boys Don’t Cry (1999)
With Transgender Rememberance Day coming up this month; I thought it would be a really good idea to explore the queer representation on film and how the views and narrative display has changed since the release of Kimberley Pierces’ Boys Don’t Cry (1999).
Based on the tragic events of the life and death of Brandon Teena; a young and inspiring transgender male who was raped and killed for being who he his. The perputrators presented within the narrative of the film and the real life events are what the community and the world that supports our movement fights against. The hate and the disgust prefusely pouring out of them is something we see happen time and time again as more and more trans people are murdered killed and attacked.
As a community ; LGBTQIA+ individuals have fallen victim too many times to the hands of hate. Matthew Sheppard in 1999 was viciously attacked by fellow students for being who he is. In this year alone there have been …
Post a Comment
Read more 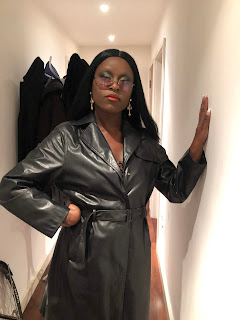 Gender and Sexuality: As an Expression (Pilot Blog)